NC K9 is a culmination of over 13 years of experience in handling and training Law Enforcement canines. We use real world deployments to develop our training program and rely on not only our experience, but the current experiences of our nations K9’s handlers to provide the best canine partner.

Our owner and lead instructor, Jim O’Brien, handled two police canines while he was a patrolman in the state of New Hampshire. Jim and his canine partners were a huge asset in central New Hampshire and were responsible for the capture and arrest of countless suspects and drug seizures.  Jim developed both canines programs from the ground up and had much success with both programs.

Jim was the lead instructor at two kennels in the state of NC where he was tasked with instructing Law Enforcement and Military personnel. Jim has instructed canine teams from around the world and has instructed classes for Working Dog Magazine, K9  Cop Magazine, Bravo 3, and Blue Line K9 conferences. Jim enjoys learning new skills to enhance his abilities as a trainer and continually strives to increase the success rates of his canine teams in the field.

Jim has had many great human influences and dog trainers over the years that have assisted his growth as a trainer and his love for dog training. However, the one being that grew that passion more than any human was his last partner, Blek. Blek was a great patrol dog, but was the best instructor!

Jim conducts both Law Enforcement and Pet Dog Training. Jim can be contacted directly at 603-986-9897 or 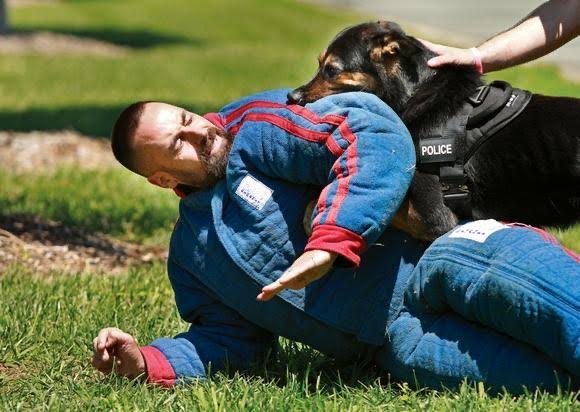